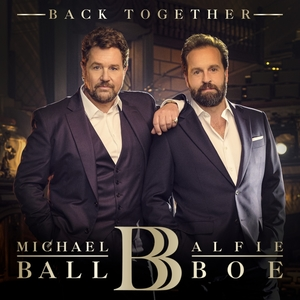 The third Ball & Boe effort saw the duo look even further afield for inspiration and the result is excellent. It’s really an album with something for everyone, with ‘Sunrise, Sunset’ from Fiddler On The Roof nestling alongside the Phantom Of The Opera track ‘Wishing You Were Somehow Here Again’. These tunes are juxtaposed with a particularly impressive medley of Queen hits and a couple of Frank Sinatra standards in the form of ‘My Way’ and ‘Come Fly With Me’. The Lion King is revisited with ‘The Circle Of Life’ which features guest vocalist Shaun Escoffrey and ‘The Greatest Show’ from The Greatest Showman is a real highlight. To add to the surprises, there’s an original track called ‘Army’ penned by Ben Earle, and a pleasing, if somewhat unexpected, cover of the Dire Straits hit 'Brothers In Arms'. Like it's predecessors, the album was a great success.