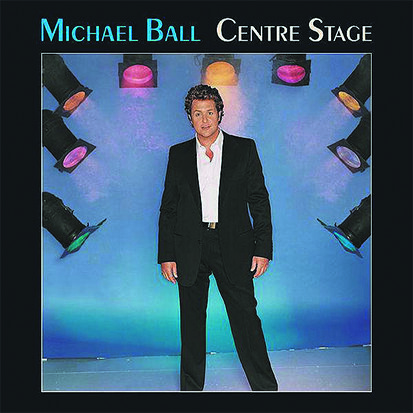 Centre Stage ticks a lot of boxes for those who enjoy the theatre as every selection here comes from a popular show. What Michael cleverly did though was weave in some songs from popular recordings artists that also have transitioned over into Musical form.

Therefore in amongst ‘Bring Him Home’ from Les Misérables, ‘Tell Me It’s Not True’ from Blood Brothers and ‘Not While I’m Around’ from Sweeney Todd, you will also find the Bee Gees penned Celine Dion hit ‘Immortality’ from Saturday Night Fever and ABBA’s ‘The Winner Takes It All’ from Mamma Mia. Of particular note is Michael’s awesome rendition of ‘The Boy From Nowhere’ which is best known as a Tom Jones hit, despite being from the show Matador. Few things will top the amazing duet of ‘The Phantom Of the Opera’ with Lesley Garrett though, which is absolutely phenomenal.