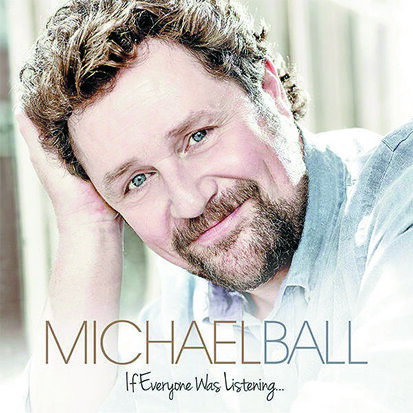 If you’re looking for a lovely way to spend just shy of an hour, you could do a lot worse than put on If Everyone Was Listening. It has more of the Country influence via Jace Everett’s ‘Bad Things’, Jake Owen’s ‘What We Ain’t Got’ and Lady Antebellum’s classic ‘Need You Now’.

There is a contemporary upbeat effort in Sugarland’s ‘Stuck Like Glue’ juxtaposed with 70s Rock such as the Supertramp penned title track and Bob Seger’s ‘Still The Same’. John Martyn’s ‘May You Never’ is another real standout cut, as is Alison Krauss’ ‘Simple Love’, while the superb arrangement on ‘Jessie’ sees Michael overlaying his own harmony vocals to great effect.

On paper, including a Miley Cyrus song shouldn’t work but ‘The Climb’ sounds right at home here. The mix of old and new material works wonderfully, all held together by Michael’s flawless singing.