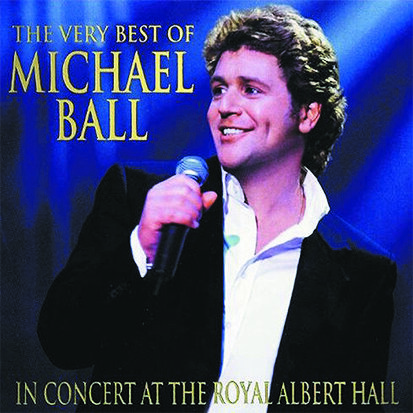 Any fan knows Michael is at his best when he’s live, and this is to date his first and only live album (however there are a plethora of live DVDs that have been released). Touring in support of The Movies, here you get songs such as ‘Hot Stuff’, ‘Love On The Rocks’ and the fun ‘Blues Brothers Medley’, but there is also plenty from the world of Musical Theatre too.

‘Oh! What A Circus’ is superb and naturally the version of ‘Empty Chairs, Empty Tables’ brings the house down, but both are eclipsed by the astonishing delivery of ‘Gethsemane’ from Jesus Christ Superstar. Michael even performs the theme from the hit show Friends. However it’s the inclusion of the self penned ‘Someone Elses Dream’, unavailable on any studio album, and the Musical numbers like the show-stopping ‘Love Changes Everything’, that are the real draw here.