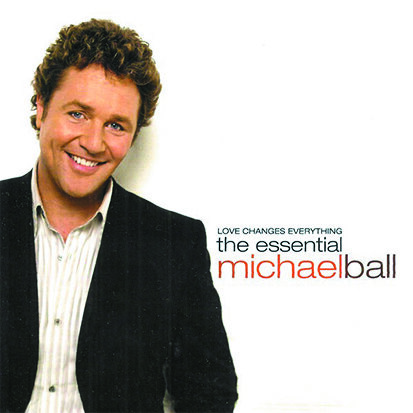 A popular 2CD compilation, it pretty much lives up to it’s billing as being The Essential, containing all the obvious things a Michael Ball fan would want. The powerful Musical numbers like ‘Love Changes Everything’ and ‘Empty Chairs, Empty Tables’ are here, along with ‘The Phantom Of The Opera’, ‘Music Of The Night’, ‘Send In The Clowns’ and ‘Tell Me It’s Not True’. These nestle alongside some of his best Pop covers like ‘The First Time Ever I Saw Your Face’ and ‘Everybody’s Talking’. A selection of live songs from Live At The Royal Albert Hall are also here (although the omission of ‘Gethsemane’ is criminal), plus ‘One Step Out Of Time’ and ‘Always On My Mind’ from the first two albums.

Also, as mentioned previously, ‘You’ll Never Know (Just How Much I Love You)’ is here which was previously only featured on 1997’s The Collection. What makes this set have real value is the addition of exclusive material. The much requested recording of ‘This Is The Moment’ from Jekyll & Hyde first appeared here, plus a previously unreleased version of Van Morrison’s ‘When You Tell Me That You Love Me’. There’s a brand new original called ‘What Love Is For’ as well as a This Time It’s Personal out-take, the upbeat ‘Why Haven’t I Heard From You’. Even though Michael performed it live on the This Time It’s Personal – One Special Night Live DVD, you won’t find the studio version of it anywhere else.