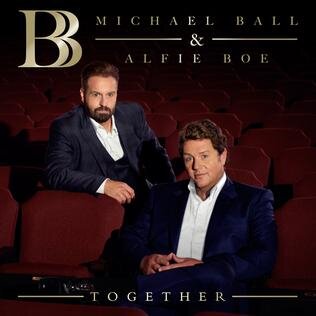 After spending time working together on the show Kismet, Michael formed a bromance (or is that Boe-mance?) with fellow vocalist Alfie Boe. The duo would decide to record an album together and while many fans prefer hearing Michael singing alone and not sharing the vocals, it cannot be disputed that this pairing raised the profile of both artists. Predictably, the two stay very much in the Musical Theatre genre here, with songs like ‘You’ll Never Walk Alone’, ‘Anthem’, ‘Music Of The Night’ and a spectacular Les Misérables suite. They also include something a little more contemporary, covering ‘A Thousand Years’ from the Twilight Saga which is one of the album’s highlights. The record would hit number one and go platinum, leading to a nationwide tour and paving the way for future collaborations between the singers that would remain highly successful.