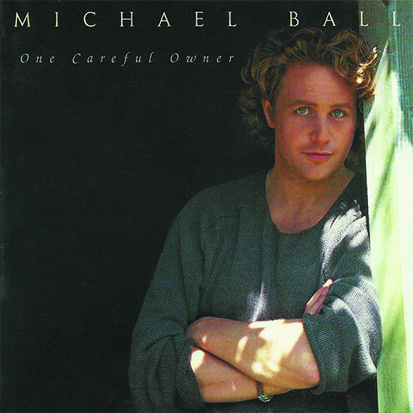 It’s shocking to think Michael’s third album is over a quarter of a century old, but that hasn’t stopped it continuing to rank highly in fans thoughts. The formula for the album is a simple one – have writers bring in a selection of well crafted Pop-Rock songs and ballads, and have Michael’s world class vocals deliver them.

It works like a charm, whether it’s the pleasing opener ‘Wherever You Are’ and the excellent ‘From Here To Eternity’ to the emotion filled ‘The Lovers We Were’, there’s nothing here to dislike. ‘My Arms Are Strong’ is a particular highlight, but that doesn’t mean the likes of ‘Leave A Light On’, the catchy ‘Where We Began’ or the wonderful ‘Give Me Love’ should be glossed over. There are three covers as well, albeit not particularly well known ones.

The excellent ‘In This Life’ was originally recorded by Country artist Collin Raye, ‘I Wouldn’t Know’ by Andy Childs and ‘Take My Breath Away’ by Claire Hamill – although Michael makes a firm case for making these songs his own. It’s worth noting that none of Michael’s first three albums are on streaming or digital platforms, but you can still pick up a CD of One Careful Owner cheaply – and I heartily recommend you do.