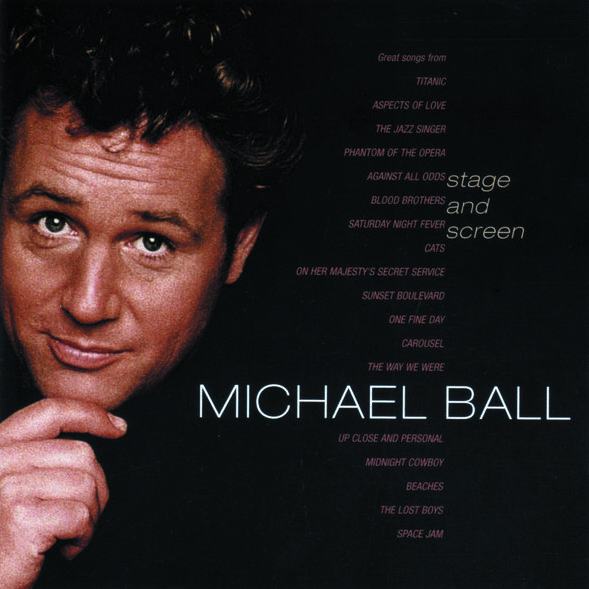 Buyer beware! There are two separate compilations entitled Stage And Screen and one is much more impressive than the other. The first one was issued in 2001 with a black and white portrait shot of Michael, via the label Music Club. This is a reasonable 18 track collection of songs, staying very much with selections from theatre shows or The Movies. It’s nice enough but offers nothing special. To confuse matters, it was also released on the Crimson label, this time with the cover image flipped the opposite way and now in colour (as shown), but it’s the exact same thing in terms of song content.

The 2005 version, with the picture of Michael clasping his hands, was released by Readers Digest four years later and dwarfs it’s namesake, this one being a 3CD set with a much more impressive 49 tracks. Everything on the 18 track version is featured here, as well as a plethora of popular songs from Musical Theatre (including ‘This Is The Moment’) and a smattering of Pop tunes like ‘Hot Stuff’, ‘On Broadway’ and ‘The Blues Brothers Medley’. As a result, it makes the previous Stage And Screen releases completely irrelevant.