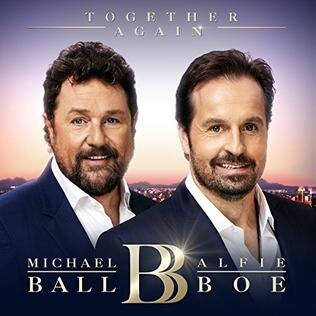 If something is successful, then you make a sequel and that rule applied to the Ball & Boe collaboration. For their second album, the pair once again plundered the Musical Theatre genre, kicking things off with a West Side Story medley, and delivering an excellent rendition of ‘As If We Never Said Goodbye’ from Sunset Boulevard. However the duo had a much wider scope for filling out the rest of the album. There’s a version of ‘New York, New York’, a cover of John Farnham’s hit ‘You’re The Voice, ‘He Lives In You’ from The Lion King, ‘Evermore’ from Beauty And The Beast and even a nod to Morecambe And Wise with ‘Bring Me Sunshine’. ‘Stranger In Paradise/And This Is My Beloved’ from Kismet, which Michael originally recorded on Past & Present, also appear here as a duet. The album went to number one and the pair toured stadiums to promote it.