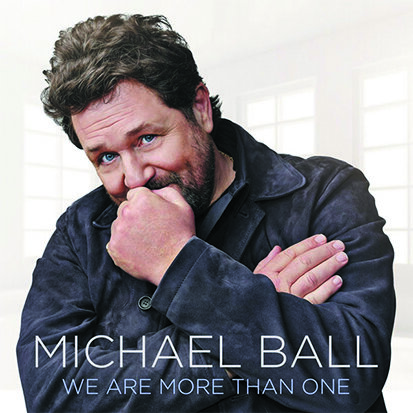 The most recent effort from Michael was the most popular according to the Facebook poll, but while that may be due it being new and fresh for fans, it’s more likely down to the collection of excellent material. After previously trying his hand at writing some originals with well chosen collaborators, We Are More Than One sees Michael putting out an album of almost entirely new songs.

The optimism of ‘Be The One’ and ‘God Willing’ juxtapose wonderfully alongside the gut-wrenching ‘Never Let You Go’ and ‘Is That All Folks’, the latter being a heartfelt tribute to his friend Victoria Wood. There’s also reflective fare in the form of ‘Simple Complicated Man’ and sheer unadulterated fun via the disco-flavoured ‘Home With You’ and infectious ‘Let’s Just Dance’.

Michael shows off some excellent wordplay in ‘The Song We Will Remember’ and offers wise words with ‘Be Gentle’. There are just three cover versions here, spanning the Bee Gees penned classic ‘Heartbreaker’, a superb take on Beverley Craven’s ‘Promise Me’ and an inspired duet with one of the album’s co-writers, Amy Wadge, who joins Michael for a delightful rendition of the Bob Seger standout ‘We’ve Got Tonight’.