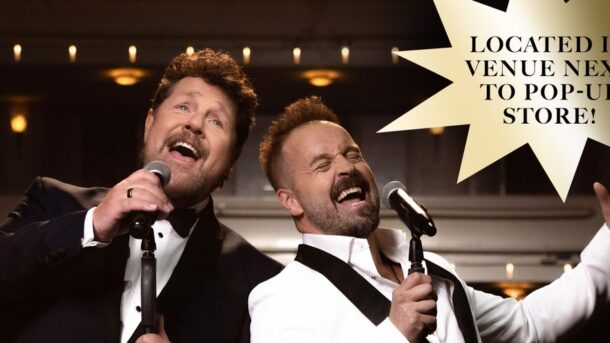 Michael & Alfie have announced their first ever Pop Up Shop to celebrates the brand new record Together In Vegas.
Located in Blackpool for one day only on Friday 28th October, the venue will host their full merchandise range as well as some exclusive products! There will be some in-store competitions and prizes up for grabs too.
Situated next to the Viva Blackpool building right next to the Blackpool tower on the pier, the adjoining café will host a Ball & Boe themed menu for one day only
They have asked us to get the word out to fans who fancy coming along! The store is free to attend and open to the public from 10am – 10pm!
On the same day, in a separate event space situated in the same building, there will be two separate appearances by Michael and Alfie to showcase the new record,which will be a similar set up to the Kingston-on-Thames shows for those who can’t make it – Q&A then a 5 track performance!
Tickets for each of these will be available via pre-ordering the album from record store https://BallandBoe.lnk.to/blackpoolFI – those who do will then be sent a separate ticket link to purchase tickets for this event. 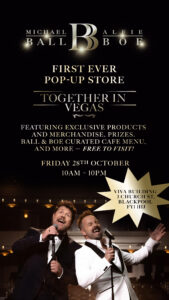 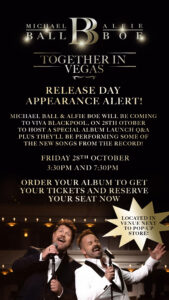