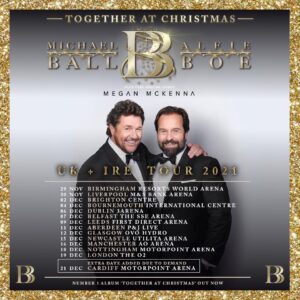 It has been announced that Michael will be performing at four of Warner Leisure Hotels’ Star Breaks next year and here’s the list.

Here’s the link and more information if you want to book:

We have some very exciting news to tell you about! Michael will be performing on Cunard’s Queen Elizabeth cruise ship during their Canaries Sailcation.
The cruise departs on the 18th October 2021, full details can be found on the link below and booking is open!
https://www.imaginecruising.co.uk/ultimate-cunard-canaries-sailcation?fsource=michaeleshot
15/07/2021 by SmokeyOdin Latest News 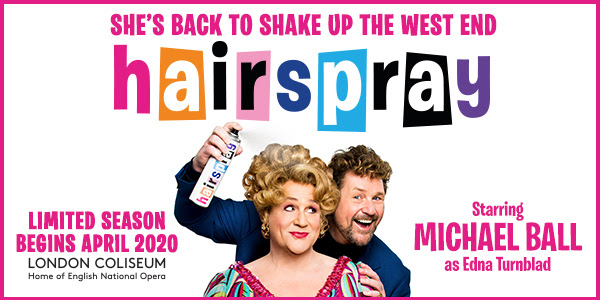 Larger-than-life musical Hairspray returns to London for a limited summer run, with Michael Ball reprising his role as Edna Turnblad. See this infectious, upbeat show when it arrives at the London Coliseum from 21 June 2021.

Hairspray starred Ball during its run at the Shaftesbury Theatre from October 2007. The show is based on John Waters’ 1988 film. It was adapted for stage and premiered on Broadway in 2002, going on to win eight Tony Awards in 2003. The West End transfer earned four Olivier Awards. Among its most famous songs are “Good Morning Baltimore”, “Big, Blonde and Beautiful” and “You Can’t Stop the Beat”.

Set in Baltimore, the story follows Tracy Turnblad, a starry-eyed dancer who is about to audition for a part on her favourite television show. It turns out that the studio isn’t the idealistic haven she had imagined, but with her burgeoning showbiz success comes a thrilling push for social change.

Book tickets at ENO or Ticketmaster